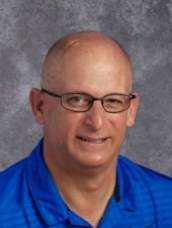 Best Time to Call: Before or After School

Technical Sergeant James Eskut was born at Tinker AFB, OK, on 14 December 1964. He graduated from Hudson Senior High School in Hudson, OH in 1983, and enlisted in the United States Air Force in September 1986, and attended Basic Military Training at Lackland AFB, TX. Upon graduation, he attended technical training as an Aerospace Physiology Specialist at Brooks AFB, TX. In January 1987, he was assigned to the 15th Physiological Training Flight at Kadena AB, Japan as a Physiological Training Technician. In January 1989, he relocated to MacDill AFB in Tampa, FL where he was assigned to the 56th Medical Group. He worked in several sections at the Aerospace Physiology Unit to include Maintenance, Academics and Administration. In December 1993, he relocated to Beale AFB, CA for the first of two assignments at that location. While at Beale he was assigned to the 9th Physiological Support Division as a U-2 Aircrew Equipment Journeyman. In April 1996, he returned to Lackland AFB, TX to retrain for a special duty assignment as a Non-Prior Service (NPS) Recruiter. In July 1996, he was assigned to the 338th Recruiting Squadron at Wright-Patterson AFB, OH and assigned to the Newark, OH Recruiting Office. Upon completion of his assignment in August 2000, he returned to Beale AFB, CA. During this assignment he was the Squadron Suit Logistics Coordinator and U-2 Detachment Supervisor, and deployed in direct support of Operations Enduring Freedom, Olive Harvest, Southern Watch and Sable Game. After his second tour at Beale AFB, TSgt Eskut made his final military move to Seymour Johnson AFB, NC in August 2004, where he was assigned to the 4th Medical Group as NCOIC, Human Performance Training Team (HPTT). In September 2006, the HPTT was realigned to the 4th Fighter Wing Safety Office where he completed his enlistment.

TSgt Eskut has received numerous awards during his career. He graduated the Air Force Recruiting School as a Distinguished Graduate in 1996. As a rookie recruiter he earned the Headquarters Recruiting Silver Badge for achieving 115 percent of his annual goal. TSgt Eskut was awarded the 4th Aeromedical Dental Squadron NCO of the Quarter for the second quarter 2005.

Sergeant Eskut received his Associate of Applied Science Degree in Aerospace Physiology Technology from the Community College of the Air Force in March 2004. He subsequently received his Bachelor of Science Degree in Business Administration with a minor in Logistics Management from Touro University in September 2006.
His decorations include the Air Force Commendation Medal with one Oak Leaf Cluster, the Air Force Achievement Medal, Air Force Outstanding Unit Award with Valor and three Oak Leaf Clusters, Air Force Good Conduct Medal with five devices, the National Defense Service Medal with one device, the Armed Forces Expeditionary Medal, and the Global War on Terrorism Service Medal.

He is married to Stefanie K. Breedveld of Kalamazoo, MI. They have three children, Jeremy, Kaitlin, and Brittanie.