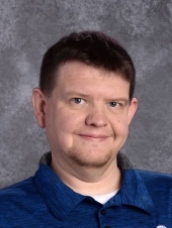 Mr. Dawson received his BA in History and Government Education from Friends University in May 2006. After graduating he worked with several high schools in their Debate and Forensics programs before being hired to teach 6-8 Social Studies at St. Patrick's Catholic Middle School in Wichita. Mr. Dawson taught for four years and in that process began coaching Debate and Forensics at Bluestem High School. In the 2013-2014 school year Mr. Dawson and his wife Amanda moved to Lyons and he began his first year as the Speech, Drama, Debate, and Forensics teacher. Mr. Dawson is currently in his 6th year teaching at Lyons High School. He also serves as the Head Director of the Spring Play and as the STUCO advisor.