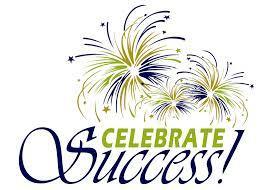 With pride, USD#405 recognizes the following students for their achievements in theater and sports.

Kirstina Head has been selected
for the Class 3A Girls Basketball All-State Honorable Mention Team.
Congratulations, Way to Go Kristina!

Every year Music Theatre of Wichita hosts the high school version of the Tony Awards, better known as the Jester Awards.  Schools across the state can have their musicals adjudicated for different categories all culminating in a huge award show held in May.  This year, Lyons High School entered their production of “Li’l Abner” into the competition.

Winners will be awarded at the online show to be held on May 3, 2020 (details coming). These nominations are a first for Lyons High since last competing in fall of 2014.  Mr. Korinek, Ms. Nichols, and Mr. Dawson would like to congratulate those nominees and thank the district and all the patrons who attended “Li’l Abner.”