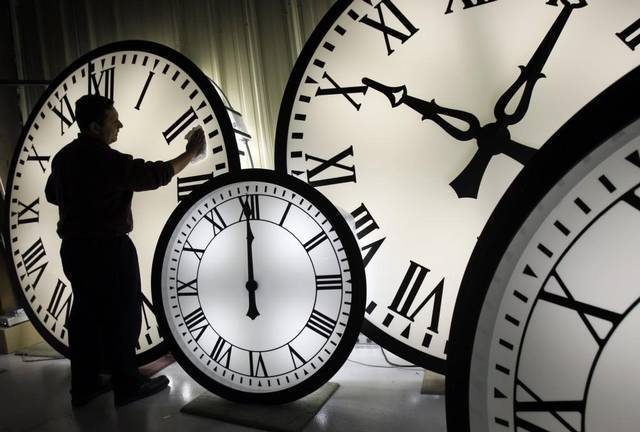 Why Do We Change Time and Move Clocks Forward?

Love it or hate, every year, the majority of Americans observe Daylight Saving Time (sometimes mistakenly called "Daylight Savings Time") - the practice of moving clocks forward by one hour during summer months so that daylight lasts longer into evening.

Hawaii and Arizona—with the exception of the state’s Navajo Nation—do not observe daylight saving time, and the U.S. territories of American Samoa, Guam, Puerto Rico, the Virgin Islands and the Northern Mariana Islands also remain on standard time year-round. Some Amish communities also choose not to participate in daylight saving time. (Around the world, only about one-quarter of the world’s population, in approximately 70 countries, observe daylight saving. Since their daylight hours don’t vary much from season to season, countries closer to the equator have little need to deviate from standard time.)

While most of North America and Europe follows the custom, the majority of countries elsewhere do not - in fact, fewer than 40 percent of the world's countries observe daylight saving time, according to timeanddate.com.

In May 1916, Germany established DST as a way to conserve fuel during World War I, according to History.com. Weeks later, the United Kingdom followed suit and introduced "summer time," and in 1918, the United States adopted daylight saving time.

In 1966, Congress enacted the Uniform Time Act, meaning that any state observing DST had to follow a uniform protocol throughout the state in which daylight saving time would begin on the first Sunday of April and end on the last Sunday of October, according to Livescience. The current schedule was introduced in 2007 and follows the Energy Policy Act of 2005, which extended the period by about one month.

Livescience puts it this way: "Days start to get longer as Earth moves from the winter season to spring and summer, with the longest day of the year on the summer solstice. That's because during the summer, Earth, which revolves around its axis at an angle, is tilted directly toward the sun (at least its top half)."

Other say that DST conserves energy by extending summer daylight later into the evening. However, a 2008 U.S. Department of Energy study reported that daylight saving time reduces annual energy use by about 0.03%, another  study from the University of California-Santa Barbara found it might even increase energy consumption.